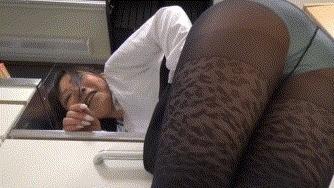 recorded on her old Iphone Two years ago she was unable to retrieve until now! A great stash of clips From my favorite Redbone BBW!! These are some great lost gems!!! If you enjoy loud explosive dumps, great grunting and straining, and facial expressions, Francesca is among the best!! OH the expressions!!! Her faces perfectly match the painful explosions shooting out her ass!! Probably only Ms D is a more demonstrative dumper!!! Watching Francescas faces as she pushes out her FUNKY wet farts and loads is one of my personal favorite pleasures!!! Francesca I know on a personal level more than ANY other FUNKY lady as she and I used to date prior to the startup of my site. So Its nothing like watching a girl youve been with also drop a load!! Shes one of the three models on LKIF I literally know theyre shit stinks  because Ive been in the bathroom after it!!! It wasnt until a year after I started the site did she finally relent to being recorded. Hell she never let me watch her take a dump while we dated even!! But after smelling what she was unloading, I can understand why!! lolI can literally still smell and feel my nose burning and eyes watering after walking in the bathroom behind one of her post mexican dinner loads!! While she has done adult films, taken it up the ass and had facials on film, she was sooo embarassed at first at the concept of shitting on camera!! But once she got comfortable she of course was a natural and you can genuinely tell she sometimes forgot she was even filming so the dumps are authentic, not staged.These are some great intimate dumps. Enjoy a great lost Hot 16. Some scenes are a little dark due to the lighting in the bathroom, but the audio on these clips are pricless!! As is her commentary!! In the funniest scene enjoy as she talks about what she needs to increase her pooping power shits or something like that, but is embarrased to have to go while at school. Enjoy her lost plops, farts and convos!!

I have customers that always ask me what ever happened to this girl? Or That girl? Everyone has their favorites  lord knows I do to too!! But when you have a revolving cast of characters its hard to get attached to one Model. I once told a customer my Site is like the Game of Thrones. Just like the show, new characters are introduced nearly every month, Some of your favorite characters get written off or dissapear (hell in some cases they get locked up!), Some get forgotten about only to make a Dramatic return, and some characters are the heartbeat and foundation of the show. Some are overrated, some are underrated. But what makes the show and my store exciting, is you never know who or what youre gonna see next!!I stumbled upon some more lost footage of mine and rather than sell each of these three ladies individually, I decided to make a compilation instead! Enjoy 6 classic clips. Some old, some more recent. The first clip is from the second girl I ever recruited, a Latina Named Abbey. Abbey made about 10-20 videos for me three years ago. She was a MAJOR pain in the ass!! Always wanted money without doing anything, smh. Always had this or that emergency, but She did make a few good clips and these are two I though I had lost when I lost my old computer three years ago. Enjoy two of her clips hereThe next two clips are from a Sexy Model named Charli. Charli I met a few months ago. She did two great closeup rearview pooping clips and then dissapeared off the face of the earth. Her clips were super hot and she is a super hot girl her damn self!! Unlike the two original models in this clip, I sure hope she returns to the fold!! Last but not least is another of my first Funkyladies, Lia Boo. Lia Boo at that time was dating on of everybodies favorite Funkyladies, Lil Stink!! Lia Boo was a Stud Lesbian, dressed a little too butch for my liking, but when you get her out of those clothes, man what a cutie!!! She also shit like nobodies business!! Great grunts, groaning, and straining mixed with loud peeing and plopping! She even did a few clips where she was talking to Lil Stink on the phone while taking a massive shit! The two clips here are two of the last she recorded, as I stopped working with her last year as she was another that became hard to work with. At least she did leave us with the lovely Lil Stink. Here are two clips she did towards the end. After a year of great clips, she started putting out some lazy work at the end, but these were two pretty good clips with funny commentary too. The last clip is one of the last clips sent by Abbey. Over 20 minutes of great action! 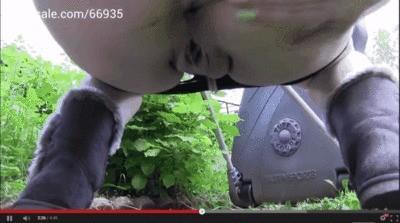 Bonnie is truely one with nature. ENjoy as she wanders into the wilderness of her own backyard to find sweet relief!! Enjoy as she fingers her ass to push out a constipated little turd while also peeing as well. She even got a little in her panties!! Another funky clip from my original Funky White Girl!!