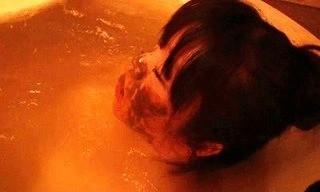 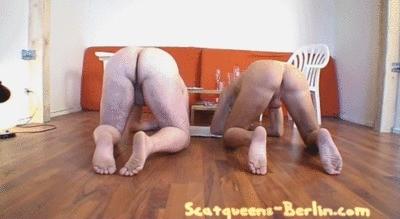 Two slaves are waiting on his kneels at Lady Missy and Lady Angie. They want to have breakfast together. The two ladies have brought on something from the bakery. For the two slaves they just shit on a plate and pee in a glass. 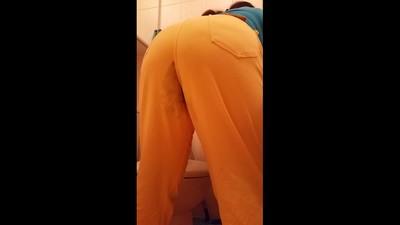 Oxana is hot pooping in the sexy orange jeans! 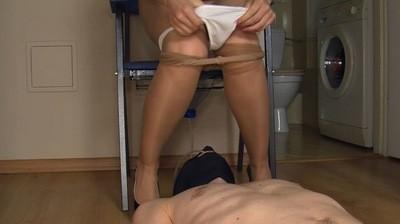