Boss Drenched In Piss And Pooped In Mouth! – Part 1 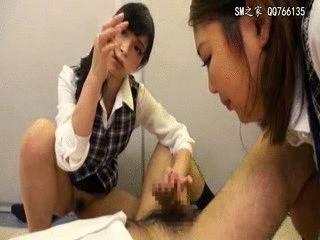 In the middle of the meeting, one of the sweethearts kicks the boss on his crotch underneath the table! Caught off-guard, he is left frozen where he sits! Another lady is nearby who is peeing inside a small container and then splashes it on his head! They then pull him away from his chair and then lay him on the floor where they proceed to take turns sitting on his face! To make things worse, they make sure to smother him with their big butts, eventually causing him to desperately grasp for air! 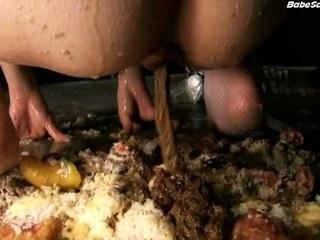 Full Movie HD – This Mean Mistress is hardcore in training her new recruit! In this particular first episode she decided to crush some food and fruits and smear it all over her new pet as she pisses on her mouth and slowly sitting on her face suffocating her and making her out of breath. She then farted on her face and out her wet shit all over the new slave’s face! Poor female slave she is having a messy hair day! 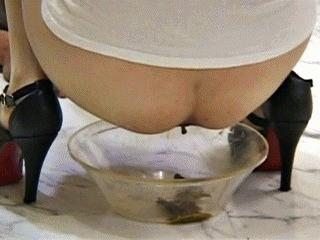 Full movie? Three Mistresses are recruiting new slave and they have found one, an old vulnerable man who is willing and has signed his freedom! First he is trained to do as he is told at every matter if not he gets a whipping… Then he is trained to be a human ashtray as his Mistresses smoke! Then Mistresses takes turn in pissing and shitting into a bowl so their slave can drink and eat, first he has to clean his Mistresses ass by licking it, then when its time for him to eat he hesitated for a little while but then he tasted it. It wasn’t so bad after all, it was actually juicy and yummy so he finished it all and even lick the bowl clean! This is a good start for him 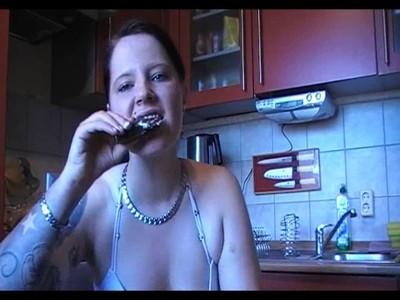 Did I make eggs for breakfast again. Here I mix my fresh poop with a candy bar and leave it to taste me then. Well, you try on this also?