I Shit On The Kitchen Scales 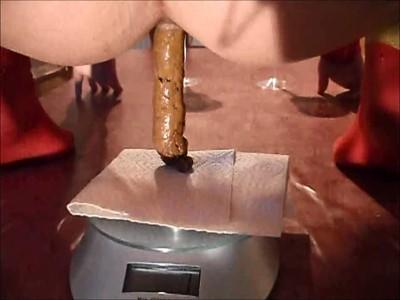 In this clip you can take a guess how much my shit weighs! 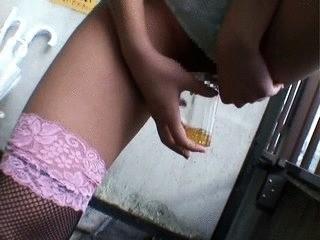 This young thing has a fetish for drinking her own pee and of course I’m taking advantage of it. One time, we meet up at a fire escape so I can lie down and take her pussy in my mouth. Then she takes out a glass and fills it with her dark yellow pee. She hands it to me for inspection, then I return it to her so she can have a drink. She takes a sip and says she has to eat cleaner to produce better-tasting urine. I refilled it with my piss too and she loves it!

Diamond And Friends Shitting At Work!! 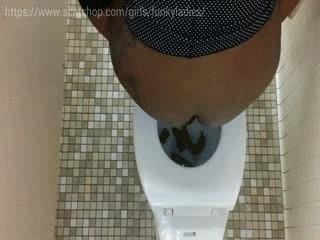 Diamond and her coworker decided to have a little fun at work. Enjoy as Diamond stands behind her friend on the toilet as she takes a HUGE shit!! She could barely sit down before a four log pileup came rushing out immediately!! This shit was so big and nasty she had to stand up and do a mercy flush before Diamond Passed out!! Even after the mercy flush, Diamonds buddy still had a few more logs to drop! In the second scene, Diamond goes all by herself in the same bathroom from a floor angle. Boy you can hear the explosion from her ass in this one! These two probably put this toilet out of commission for a few hours after these mega shits!!

I haven?t shit in days. I give myself a fleet enema and shit EVERYWHERE! Both liquid and firm shit! Then for the first time ever, I pick up my shit and smear it all over my tits, belly, pussy, and legs. Eww there are even little pieces of undigested food! I film myself showering which only seems to smear it worse for a while!