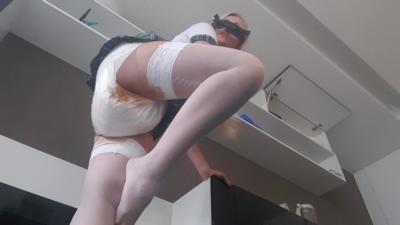 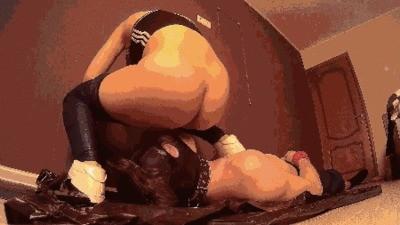 1.Mia The most beautiful girl in our studioFaceslapping Facesitting Spitting Pissing Kicking Domination. Soon cruel shit Domination Starring:Mia2.We have a new beautiful and delicious young model Mia!She’s the most beautiful model in our studio who loves BDSM. Her favorite hobby is to beat and humiliate slaves.In this video clip she gives slaps to a slave, spits in his face. Her tasty saliva comes out of her plump lips, which are sweet as berries … mmm …Mia makes the slave to lick her ass and eat her pad.She is just excited when slaves lick her ass. Now the slave falls under the toilet chair to be fully humiliated in front of this young Lady. Mia pisses in his mouth. But the slave must also lick her pussy and ass to make it shine. The Lady pisses in his mouth. Now she shits in his mouth, his mouth is full. The slave has to eat everything, otherwise she will beat him. Now Mia feeds the slave with berries and laughs at him.In other series, Mia will severely beat the slave. She loves torturing and humiliating the slaves, placing shit in their mouths. To be continued…

Shit And Pee In Plastic Slip 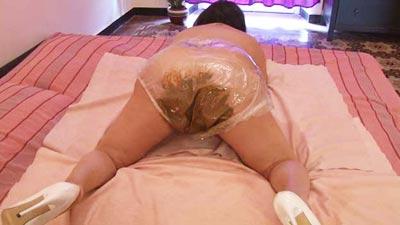 Watch Alena While She Pees! – Mov 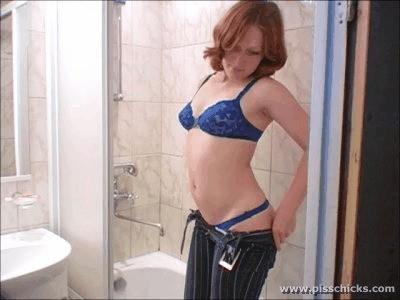 Alena is in her bathroom and has decided to enter the bathtub. Standing in the tub she starts slowly to undress herself until she is completely naked! Then she lets the water flow along her thighs – wow, she looks soo sexy! But the sounds of the splashing water are soo intensive and dig deep into her mind that she can’t resist: She has to pee! So she goes down on her knees and let her pee flow right out of her pussy! And you are a very lucky guy because she allows you to watch her…!