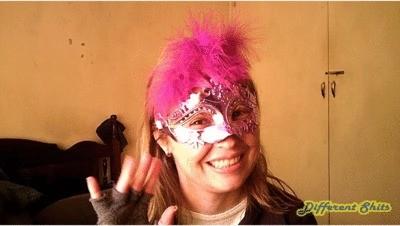 Sometimes girls just wanna have fun :-)Im not a huge fan is sticking things up my ass accept if its someones tongue but every now and then I do indulge in sticking my own finger deep up my ass into my full rectum.In the first part of this clip I do this during a massive diarrhea and you can see how soaking wet my vagina gets from this. A vagina swelling & getting wet without any cuts in the clip is something you simply cant fake. I LOVE doing this!In the second part of this clip I must have set some kind of record. The first turd broke off but that second one…..It was so creamy & thick but more importantly. Ive NEVER pushed out such a long turd, it literally curled at the bottom of the toilet bowel and just kept coming. After that one I thought it mustve been over but no….a THIRD one also came. I was so overwhelmed by the feeling of relieve that I peed for you as well, watch the multiple streams of my golden fluid run out of my vagina. Just for you xoxo

Shit And Blown Off 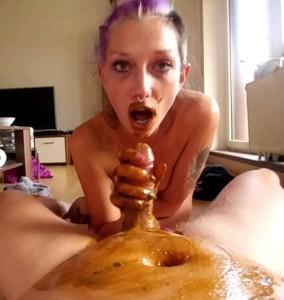 I had to shit full urge and I had so much lust to blow a fucked cock. I actually wanted to shit on the tail but I had diarrhea again because I could not aim it just shot it out so I almost shit it in his face. I take all the shit and lubricate everything on the tail and blow him with relish until he squirts

Hard Sausage Do Not Want Out Of The Hole

This fat, hard sausage does not want to get out easy!