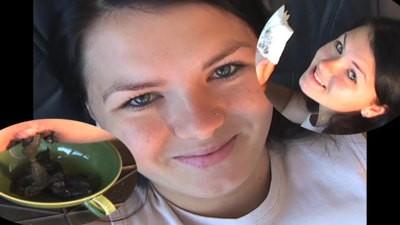 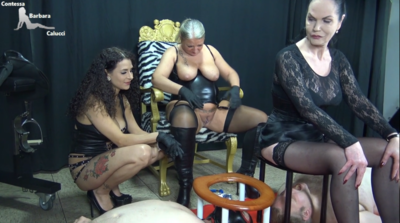 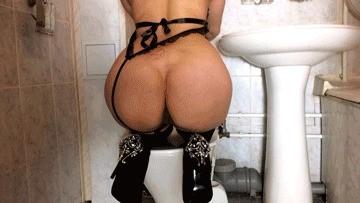 I love to shit in slave mouths! In this video there is a live toilet, which I use for his purpose. It’s eating my shit! I shit him directly in the mouth, stuff everything inside. Nasty smell in his mouth spreads to his nose. He loves it so much. Afterwards I just sit on his face with my big shitty ass. He must swallow all my shit, otherwise he will suffocate … 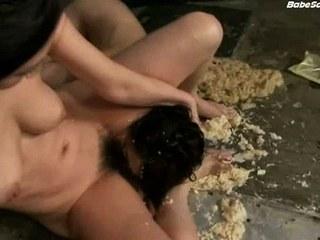 She makes the girl lick her soiled asshole clean! Then she picks up some crushed food and rubs it all over the poor girl’s face!