A Surprise From Madame Du B Iphone 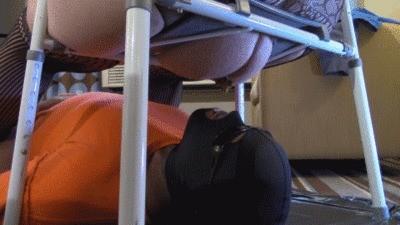 Scat goddess Madame Du B decides to give her toilet slave a nice treat that she’s never given him before. After a big load of her chocolate and nectar she surprises him by using his tongue as her human toilet paper. What a treat for an obedient toilet. Be sure to see, tribute and follow the bootyful on Twitter; @Ms_Du_B you will not be disappointed 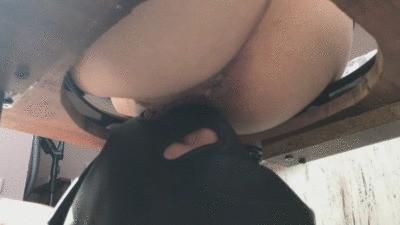 So I allow the slave to clean my shoes, but even this simple task requires many explicit directions and lots of use of my whip. Sometimes I think that having a slave is more work for me than for the slave. The important thing is to resist the temptation to help the pervert, say, by shifting my position to make it easier for the slave to lick the bottom of my shoes. I dont life my shoe, the slave bends its back lower. The more it spends time on its knees, the more like a pig it learns to move, the better it is for me and the more accepting of its place in my life as a shit receptacle it becomes. The process of watching another human degrade itself is always a bit stimulating and so I decide to allow the slave the supreme privilege of licking my pussy. The delicate hairs of my intimate female orifice brush against the pigs face as it enthusiastically licks the fount of my womanhood. Receiving pleasure from a being one has degraded and denied all pleasure is sexually stimulating and you get to hear my soft sighs of pleasure. It sounds like a baby sucking its mothers breast, it is so rhythmic and loud. But in the end it has only one real use for me, and I briskly order the slave, into the toilet. I use my low toilet so that the slave can get its tongue completely up my ass. It enters a brainfucking-like state where its mind and soul are completely enveloped in my ass and I use the time that it is in this state to further its re-programming with my gentle voice, you are not human, you are just a toilet. Harsh, degrading words, but ones that will ultimately make it easier for the slave to accept its fate. I manipulate its dick and slap its balls, alternately, reminding it, you are a tragedy. I put a vibrator on its dick and flick its balls with my fingers, further conditioning it to connect pleasure and pain, stimulation and humiliation. Finally, it makes its little mess, squatting its sperm on its own stomach and on my floor. Of course there is only one place for it to go, into its own toilet mouth. I am pleased that it is just and fearful and obedient after it has expelled its brain tissue and I direct it to the pathetic puddle on the floor. It licks with fear and enthusiasm and makes a loud slurping sound as it sucks the scum from my floor. Making the slave debase itself after orgasm is one of my favorite forms of cruelty. 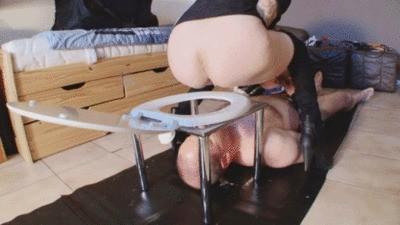