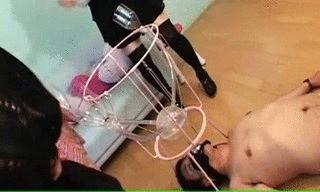 Ruki is mesmerized by the evil contraption on top of him. It had several clear tubes running in three directions, and a clear orb where he could see the cloudy, yellow fluid collecting when the mistresses wanted to discipline him. Today, three lady guests of the Mistress arrived and laughed at how pathetic he looked, trapped under the pee bong. One of them immediately took a tube to her pussy, and ordered the manlet to keep his eye open so he could see her funky-smelling pee flow down the tube. She smelled like she hadnt washed for days. Her panties were foul and used, alright, and that definitely added strange dimensions to the concentrated piss. The deep yellow pee coursed through the clear tube, before settling at the bottom of the orb. Rukis tongue recoiled from the bitter, acidic taste at first, but he closed his eyes and remembered that he was a human toilet. His mouth gagged a little as it let in the stench of the pee into his nostrils, and down his throat. The mistress must be taking lots of medication lately.

Scat goddess Madame Du B feeds her toilet bowl a nice messing helping of sloppy goodness. Be sure to see, tribute and follow the bootyful on Twitter @Ms_Du_B. You can now get Madame Du Bs delicious chocolate treats sent to you for your eating enjoyment. 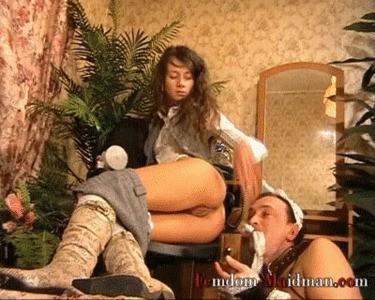 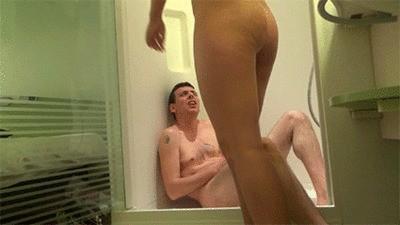