A user, had written me down because he was on business trip in Münster and stayed overnight in a hotel. He had seen that I also offer KV delivery service, in Münster. And he wanted to be used by me as a toilet slave and eat my hot chocolate. So I visited him in his hotel room and he got my hot chocolate, right from the source, into his mouth. And of course not only my hot shit, but I gave him also my snot and my piss, in his mouth. He had to swallow my snot and piss as much as my shit. I had dominated him until he had eaten all my shit. Even the shit, which had landed on the ground. He had booked it so he had to! I know well, not a pardon, with slaves. Look at it and you know what I mean. This filthy female Domination and Toilett-Slavery video you see again from 3 camera perspectives! 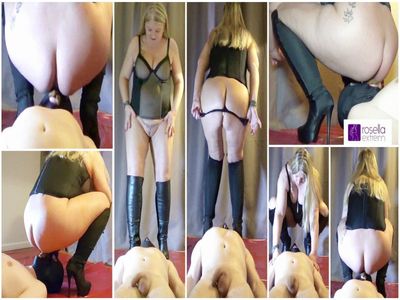