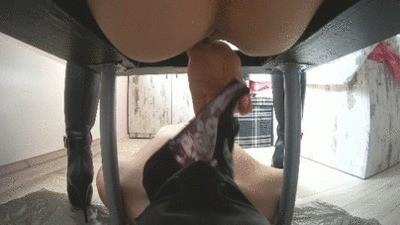 Like any career girl, I have had to learn to multitask. Using slaves as toilets is a convenience, not a job. So just because there is a former human being waiting beneath my perfect ass to be used as a receptacle for a huge amount of shit doesnt mean I cant take a few moments to check my text messages. The slave is well trained enough that it doesnt need much instructions, just open it, not open your mouthit is no longer a mouth but a shit hole and it is no longer his but mine. Open your shit hole, toilet. You get to see a beautiful shot of my ass and pussy poised above the toilets face waiting for a huge load. This time there is no ass worship. I have become comfortable enough to use the toilet without prior stimulation so you see a slave reduced to pure toilet servitude, serving as nothing but a sewer, a piece of plumbing, a detour for my shit on the way to the city sewer system through the body of a man. The slave lies there with a massive shit spreading over its face while my perfect ass stays suspended over its face with one tiny turdlet waiting to drop. As a special treat to your MASTURBATORS I put my ass right up to the camera as I wipe my ass clean, even though my ass is so perfectly toned that there is almost no need to wipe. Unfortunately, once I have delivered there is too much shit for it to eat and I have to provide more encouragement, in this case in the form verbal encouragement, fake sympathy and of a harsh whipping. The slave managed to swallow what went directly in its mouth but leaves a lot around its face. Open mouth, slave. Open. Eat my shit! Eat all!Ah, good boy! You are a toilet! You are not human! I whip its penis and spit in its open mouth. Finally I have to slave turn over to have a good whipping on its ass. My legs look beautiful in my stylish new boots as I hold its head down with my foot and whip its ass, ignoring its whimpers. You will probably CUM watching this part, TOILET PIG!

Best Explosive Diarrhea With Shit And Fart From Alina 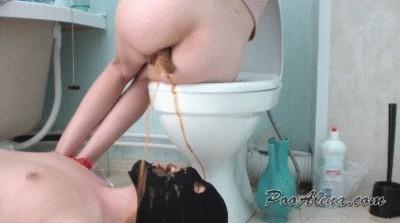 Best explosive diarrhea with shit and fart from Alina. Toilet slave prepared to swallow the crap .. But he did not expect that from the young and small hole, the ass of Alina, a river of stinking, poorly digested food, along with hard shit and female secretions, would flow into his mouth. There was a pungent smell of Alinas stomach juice and shit of a two-day old standing in the toilet. Alina won again, and the toilet slave was defeated  he could not swallow her shit!

Shitting On A Magazine 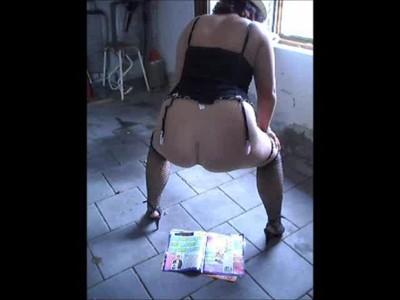 Today I wear a very sexy neglige, stockings and my hot high heels! And I shit on a magazine!