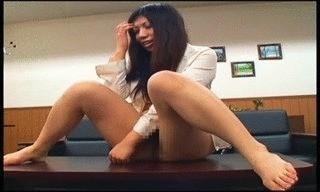 The Boss had been quite candid with Ichika. He says he has specific preferences with a secretary, and only the most special secretary will get the job. Ichikas eyes glazed over when she saw the Boss eyeing her body from head to toe, but especially around the triangle of her panties, that peeked from between her legs. As she climbed the table to demonstrate her skills, Ichika felt a strange, hot rush coming over her. She was going to expose her pussy and anus to this stranger, and she felt that she was slowly loving it. She felt the soft fabric from under her feet as she tried her best to keep her face straight. Two fingers went inside her moist pussy, and her musky scent began painting the air beautifully. With her eyes, closed, she could feel her orgasm approaching, but she was stopped midway. She turned her back to the Boss and aimed her pussy so she can get a good flow going. Her warm, liquid shit released, and the stinky warmth began spreading throughout the fabric, drenching the table. The Boss eyes gleamed with delight  the portable enema worked beautifully on this specimen. 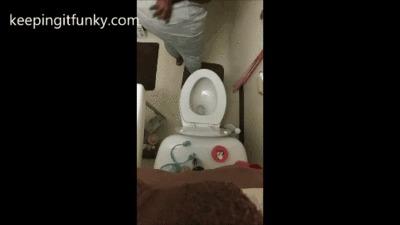 Staxxx is back with a new FUNKY pair of outbursts!! Enjoy in the First clip as she sent me a picture of her dinner, then later sent me an even more delicious video of the end result!!! Looks like that Mexican Food ran through her!! Enjoy as she spreads that big 60 inch ass from overhead and releases her own Nacho meat!! Some big phat turds from a big phat azz!!! Then enjoy as she returns later that day to expunge even more from behind the bowl on the floor. Enjoy as she spreads those massive ass cheeks to get it out!! Look at that plate!! Are you not surprised she was shitting like that?! 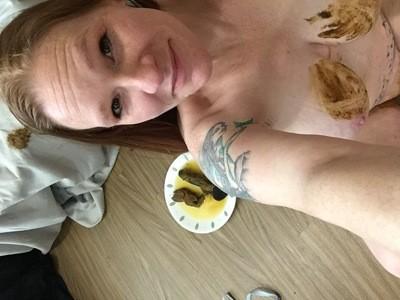