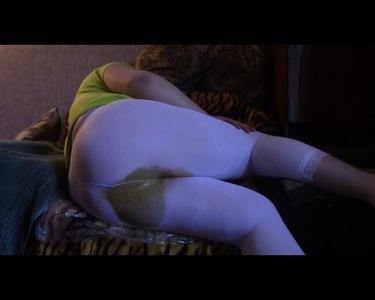 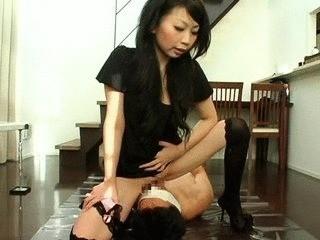 This apprentice slave is in the thick of training and right now he’s learning how to suck it up and take whatever’s coming to him. His teacher, the sexy mistress, is testing his limits now as she sits on his face and makes him eat her cunt real good. She places him under the portable toilet, squats on it, and shits and pisses right into his face, commanding him to eat it. Still not content with what she already gave him, she leans over his face and spits into his mouth, giving him his dessert.

Diamond And Friends Going Wild At Work And Away!!

Diamond Jewel is corrupting her peers ? and it?s all to our benefit!! Once again she gets her co-worker to co-star in this wild, nearly 15 minute adventure!! Enjoy as Diamond convinces her BFF at work to allow her to tape the aftermath of a Steak Dinner from the night before!! Her co-worker def gives Jewel a run for her money in the plop count!! Then her coworker returns the favor and records Diamond shitting in a public toilet at their gym as well! These two aren?t finished filming each other as they also take us along for several more clips from their buisness trip! These two were roomates and took turns shitting up a storm!! Over a half dozen clips from two Ploptastic superstars!! Hopefully Jewel can convince her friend to do even more clips!! Diamond Jewel?s been Keeping It Funky ? now she?s bringing her friends along with her!! Support this clip and we might get more like it!!