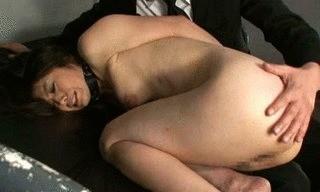 Yuna and Hinata knew they were in trouble when the two police agents led them to a jail cell that looked like a stable. With their hands tightly bound behind them, they had little control of the real animals in the cell  the two agents. One agent pushed Yuna to the floor and began playing with her pussy and anus. He pressed and played with Yunas butthole until she screamed and began brown-creaming a bowl full of her poop. Yunas treasure was like smooth, brown-black butter that flowed powerfully from her anus. Even from her position, the agent loved how it smelled differently with each push. He smelled rice, peanuts, all the good stuff. Nothing like the shit of a beautiful woman to get you going on the job. One agent held the bowl next to Hinatas face, who promptly cried from the humiliation. Every second with Yunas poop near her face prompted more tears from Hinata. Yuna looked at Hinata as her stomach gurgled. She was about shit a big one any moment now, and her sphincter couldnt hold it any longer. Hinata looked horrified as the smell hit her: fresh shit from Yunas tight butthole, filling a bowl almost to the brim. Yunas beautiful shit was like mashed vegetables mingling with a good amount of golden piss. One of the agents wanted to smear it all over his hot body, but had other plans for now. After some much-awaited shit play, the two ladies were on the receiving end of a fierce police fucking. Yuna had to wait in humiliation the floor filled with straw as she watched her friend getting rammed hard both ways. Hinatas jaw was getting tired from having to suck off one agent, while her pussy quivered from the nonstop pounding.

Urgency In The Cell 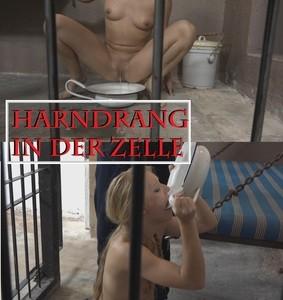 Once again I do not have much to laugh about in my cell. My bladder pressed so I pee banned in the chamber pot. The guard of course notices this and so I get a nasty punishment: I have to drink the piss. 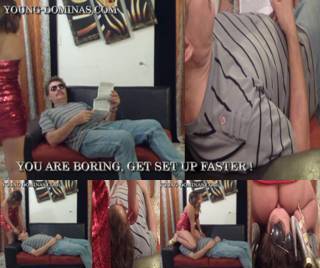 As I once again found a great perspective, almost at my asshole is the camera because siehste everything 🙂 And in the end, a close round trip through the Crap