3 Days Of Holding Shit In 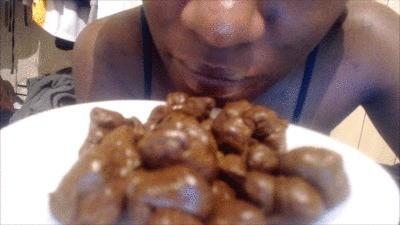 Its been three days of holding my shit in,it started to hurt so i had to make a videoi couldnt even hold it any longer so once i press recordthe shit starts to come out and it hurttttt tons of turds tryin to come out at once opened my ass hole wideand i strained and pushed and it was so hard to come out since there wasso much shit trying to come out at once.then some come out and it was relief i shitted on a platei kept my legs wide and up in the air and shit kept coming out mins after mins go buy and still shit was coming out ugh 3 days worth of it was justflowing out, the pain was alot but i fucking loved it, the smell was intense but i love thesmell of shit it turns me on some pee comes out as i shit, i keep straining and a big hard thickturd peeks through and starts to work its way out This shit hurt the most but it had to come outi knew once it was out it would feel so good, then it came out, i thought i was done but i wasnt, moreshit followed ughhh …finally i was done shitting but i had to show u all that came out i placed my webcam on top of the laptop so u can get a good view i started to smell the shiti moved the cam close so u could smell it also. i took a min just smelling the shit that i havent smelled in days. MMMmmm the smell is a mind fuck i love it! then i crave to taste it ! ughhh i lick it just to tease but i couldnt resist i had to put it in my mouth..ughhh after days of wanting my shit it happens i out it in my mouth and move it around to feel the texture of the turds, how thick it is, the anal juice thats on it, how mushy it is, how good it just tastes…i keep spitting it out and putting more in ughhh im so addicted and i know you are too as you watch every piece enter my mouth.This is a very descriptive video and you feel the closeness to me and my shit come close nasty boy and buy this video! 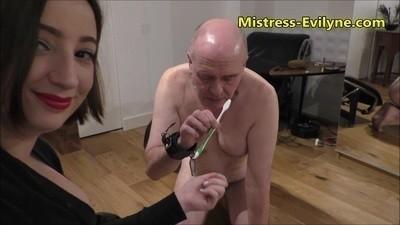 I had a first time toilet slave visit Me, and boy was he looking forward to eating My shit! So I shat in a metal bowl to feed it to him. My shit was really liquid and disgusting that day, which made it even harder for him to consume. So I made him brush his teeth with My diarrhea and then gave him a huge glass of My dark yellow morning piss to wash it down with. Since the slave is a huge boot lover, I knew that the way to make him consume My shit was to dip My boots in it and make him lick it off My soles. It worked! Despite gagging and retching, the slave consumed a lot of My shit. I am happy with his training, and will soon have him trained up to be a perfect shit eater, guzzling it down. 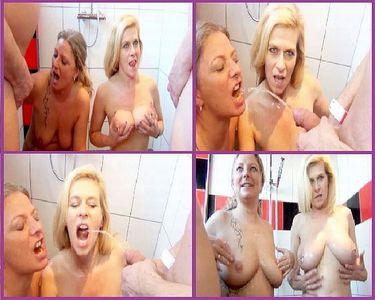