Direct In Your Mouth 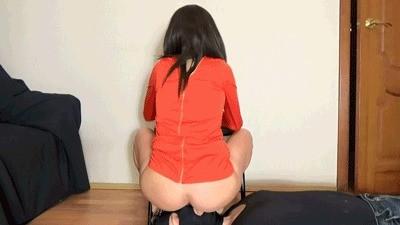 I am your Mistress and you must obediently carry out my assignments. Lie down the stupid scum on the floor and open your mouth. Stick out your tongue and polish my shoes to shine. Do you like being a floorcloth for your Mistress? Now you’ll suffocate from my beautifull ass. I sit on your face. Lick my asshole and smother. Now it’s time for breakfast! Then I stood on top of the slave’s face and shit in his mouth. I hit the target right in the mouth and the slave swallowed my delicious shit. And finnaly, I spit in a slave’s mouth and I plug his mouth with my feet so he can not spit out my shit. Eat all my shit, toilet, swallow it. Make it snappy!

My Hot Chocolate For A Hotel Guest! 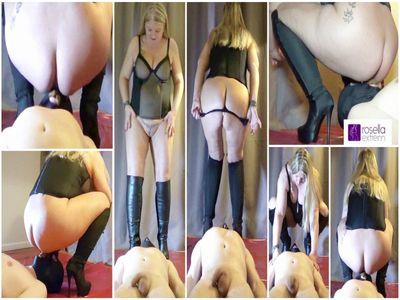 A user, had written me down because he was on business trip in Münster and stayed overnight in a hotel. He had seen that I also offer KV delivery service, in Münster. And he wanted to be used by me as a toilet slave and eat my hot chocolate. So I visited him in his hotel room and he got my hot chocolate, right from the source, into his mouth. And of course not only my hot shit, but I gave him also my snot and my piss, in his mouth. He had to swallow my snot and piss as much as my shit. I had dominated him until he had eaten all my shit. Even the shit, which had landed on the ground. He had booked it so he had to! I know well, not a pardon, with slaves. Look at it and you know what I mean. This filthy female Domination and Toilett-Slavery video you see again from 3 camera perspectives!

Bride Shits On Groomsmen Before The Wedding! – Part 2

She sucks their cocks, one after the other. After a few minutes, one of the guys take out an enema and inserts it in her asshole. 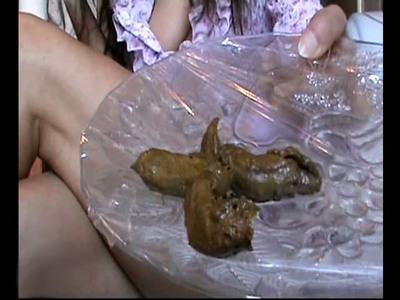