Lick The Crap Off The Shoe! 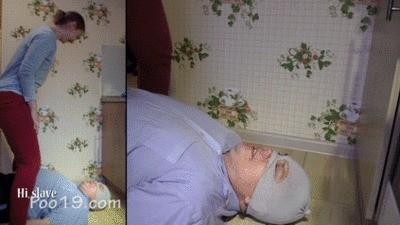 Lick the crap off the shoe! This time I had to endure an ordeal. As usual, the girls invited me to use as a toilet. For a while they humiliated me, beat me on the cheeks, insulted me. Thenthey started to feed me by their crap. This time they wanted me to swallow theircrap very quickly. Therefore, having made a handful on my face, they were stepping on it by shoe. My mouth was full of shit and I had to swallow it very quickly. It was very difficult, but I coped with it. And after I got over the shit, I had to lick girl’s shoes. After all, serving Mrs Christina, Lisa and Yana is happiness.

First They Talk, Then They Play Shitgames… 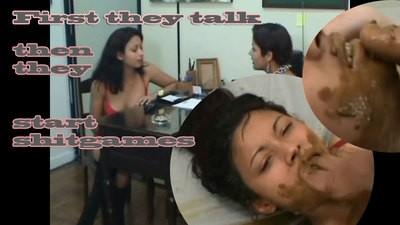 Larissa, a super sweet girl from Portugal comes by talking into the idea of having scatsex with another woman….

The great Mistress black 1m 95, installed slave 16 for feeding his shit previously prepared.She will put his shit In The Infernal Machine and crank Who will Feed the slave Until exhaustion Slave Who will overflowed and discharged from his mouth the ruthless Suspicius