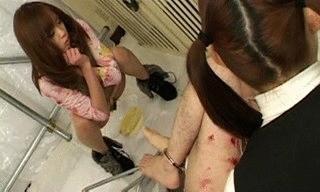 The human pet has been starving for days – and today was his day to be given a drink and his food. The owners look at the diapered stable animal and smiles at how it meows and begs them for food. He will get was he deserves at every turn, and today was his reward day. The owner squats on top of clear bowl unleashes a strong torrent of golden piss. It gushes down her pussy and onto the bowl, splashing powerfully in a circular haze. She had been holding on to that pee for hours, it felt so good! She farted into the bowl and pushed hard, unfurling a sticky ribbon of turd that plopped lazily into the bowl. Measuring a few inches, it was the stickiest shit shes had in a while, and she loved the feeling it gave her. The human pet reached greedily for the bowl when they allow him, slurping and sucking in the wonderful broth of piss and turd. The turd immediately went down, as the slave tipped the bowl and finished of the crushed shit underneath. No longer famished, the slave takes a bow and thanks the mistress endlessly for the reward of the day. 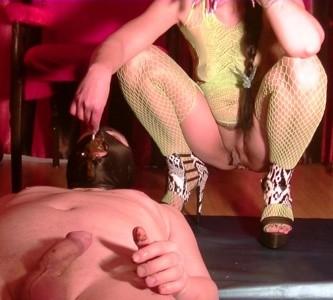 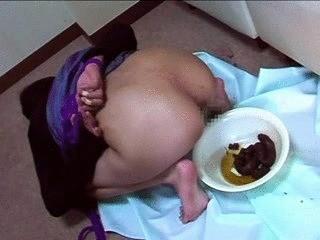 She’s been in this place for days now and she has no idea where she is and who she is with. All she can remembers is being taken away from her car by an unknown guy, her eyes put in blindfolds, and her nose stuffed with a scent that made her sleep. She badly needs to shit but she couldn’t muster the guts to do it in front of her captor. He notices her uneasiness and tells her he will help her shit the best way he knows how. He makes her go on all fours and places a basin under her ass. He pulls down her panties and starts rubbing her anus. After a while, he inserts a finger and then two in her hole, loosening the muscles to help her shit. After 10 minutes, shit starts to pour out of her ass and right down into the basin. 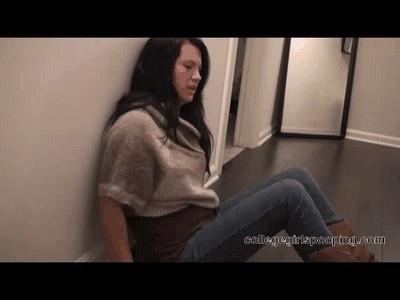