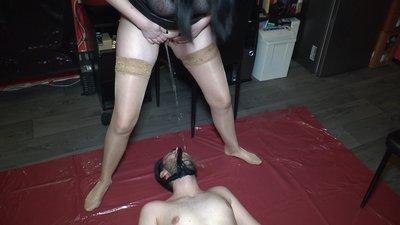 A user with panties fetish visited me and would like to smell my panties. He can have that from me and I thought, if then right. I pull him a slip from me over his head, so he has exactly the pussy side on the nose, steepled me over him, so he can pad me directly on the pussy. I just pissed off and he also liked it, as if he already guessed that I’m doing that. Finally, he was allowed to lick me nice and clean. He can do that very well. 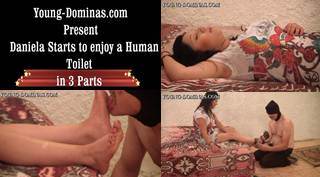 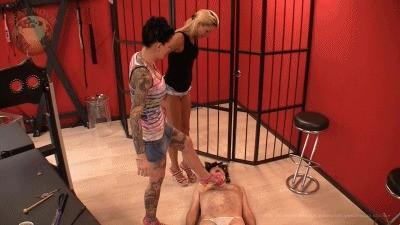 A dungeon slave takes the opportunity to escape from his cell. The guy first searches the trash can, because he is really hungry or well educated… *smile*. Finally, we catch the loser with an old tampon in his hand. Well, if he likes waste like that, I can also use him as a toilet. He gets piss of Miss Cherie and me and for the second round I shit right into his mouth. Es a dessert he is allowed to eat the tampon, before he is put back to his cell. 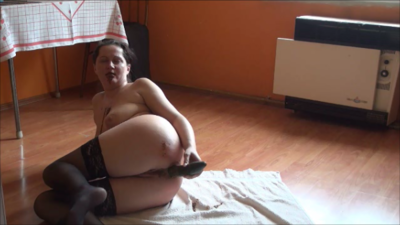