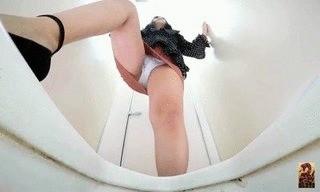 Rina loved the feeling of shitting liquefied poo; there was just something about pushing out something so wet and dry at the same time. Her anus opened up wide as the big end of her turd made its appearance, coated with a glossy golden syrup. The warmth of the syrupy shit made it easier to push out the rest as she felt her perineum move her pussy a little as she shat. She felt turned on by this movement and slowed down her shit as it desceneded, and imagined that she was being fucked as she shat on the toilet. She pussy moistened even more as the rest of the brown log flowed down easily, releasing slick trickles of the golden honey syrup around her anus. The shit made a squelching sound as it hit the toilet, because it was properly moist and heavy at the same time. The shit flaked in some places, but was solid and sticky as can be. 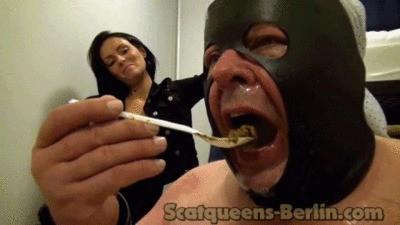 Now the toilet slave is allowed to go to his knees and gets the shit served by Scatqueen’s Lady Domi. She feeds him first. Then he has to shove the shit into his pig’s mouth. He is humiliated and spit in his face. Somehow, the slave has problems and almost puke. The Syatqueens laugh. 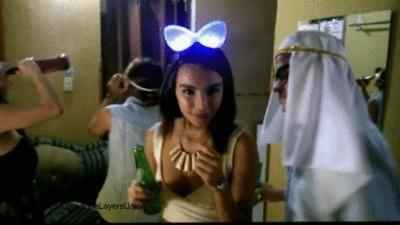 At a fancy dress party, a hot Latin girl is desperate to take a shit. Someone else is occupying the toilet, so she shits on the floor outside the bathroom. Dialogue throughout the video 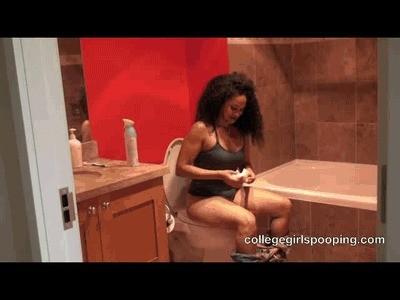