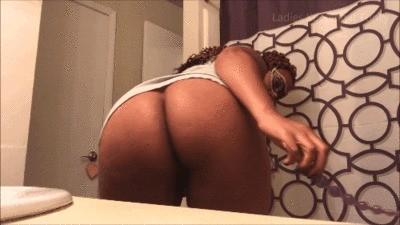 I swear Goodness Grace..I couldnt have come up with a better name for this Funky Lady!!! She has me screaming it everytime a new upload pops up in my inbox!! Enjoy Two action packed clips in this FUNKY dozen minutes of action!! Enjoy in the first scene as she describes the big poop stuck way deep inside her ass. She decides to use her Anal Bead Stick to loosen it up!!! She does it until the shit is on the stick  which she gladly presents to you of course!! She proceeds to let out a big runny load, but some is still stuck, so she gets her trusty stick and loosens the rest out too!! Man what a mess she made in her bathroom!!! The second scene is more of that wonderful Georgia Peach Spreading in front the Camera to drop some Solids on the floor. She once again made a mess buy missing the bowl on the floor, Enjoy as she cleans it up and shows off her turdy mess!!

Strapped Down & Sharted On In Chastity 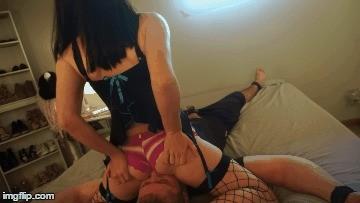 My slave has been locked up TIGHT in chastity ever since I made him back into it before releasing him during his last punishment. He has been begging to get out but hasn’t followed ANY of the house rules. And still has not stopped teasing me about my gas. So how about another lesson? With his cock throbbing against its tiny little cell he’ll do whatever I ask him to do. So I drag him into the bedroom and lay him down. Pulling the straps out from each corner of the bed (he had a look of panic on his face, he had no idea I had put these on the day before) I strap his ankles and wrists and pull them TIGHTLY to each corner of the bed completely immobilizing him and just leave him lay for a little while. I haven’t been eating the greatest lately and the stomach cramps were out of this world so I just relaxed on the couch until I felt the cramps dissipate and the gas start to build.. I threw on my favorite outfit just to tease him and punish him in his little cage and walk back into the room & straddle his face. Nustling his nose right up my tight little crack I tell him If you want out of chastity you’re going to have to sniff ALL my farts.. and like a good boy he agrees. Sniff .. PPFFFRRTTT.. The first hot one slides out and slaps right against his nose and he squirms, moaning & regretting the entire situation. Knowing whats bound to happen. I unleash an onslaught of hot ass straight up his nose, one after the other. Smothering him inbetween and keeping his nose pressed tight against my ass so it is all that he can smell while I taunt & humiliate him. Once I start to feel them getting wet (my farts always end up wet at night for some reason) I take my panties off… completely leaving his little nose unprotected against whats about to come.. Put your nose on it, I think this ones gonna be wet… PFFFFRRSSSSSTTTPPTPT.. HAhaha, Yep, I knew it. You’re really gonna be earning your way out of that chastity arent you? … Hot blast after hot blast I smother him helplessly inbetween, only giving him fresh ones when he needs to breath before slamming his face back into my ass. The farts start to get a little more than wet, and completely fill both of his nostrils. So I take his chastity off finally, I’ll allow him to cum. But I’m going to make it harder than ever.. Since I cant do any more damage to his nose… Open your mouth.. I pump his mouth full of gas & solid ass and told him to lick and stick his tongue in it Mmm, Good boy…. He didn’t do very well with his mouth full but oh well.. I sealed my ass to his face until he came or tapped out.. He’s going right back in chastity when I’m done.. will he make it in time? (Spoiler.. He doesn’t).. Back in the cage he goes.

Isadora Has To Go 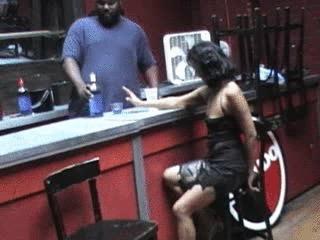