Boyfriend Finally Receives Some Action, But It Includes A Lot Of Piss! – Full Movie 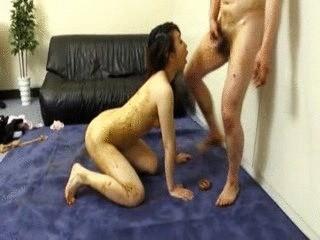 Despite being together for quite some time, this man hasnt had some naughty fun with his girlfriend! As a result, he settles with smelling and pleasuring his self with her used underwear! However, this is his lucky day because she has decided to give him what he wants! While in the middle of their dinner, she crawls underneath the table and reaches for his crotch which she rubs passionately! Shortly after, she lays him on his back on the floor and begins taking off her lower garments! She then positions herself on top of him and urinates inside his mouth, something he did not expect! However, it is already too late, leaving the man swallowing mouthful after mouthful of piss! When she could no longer release anymore, she sits on his face and feeds him with her pussy! Eventually, she bends over and has the guy pleasure her with some finger fucking! Though, it doesnt take long before she starts to feel the urge to urinate again! So she stands up and pisses on the mans face just like earlier! After which, she performs her generous finale of sucking his dick until he cums! 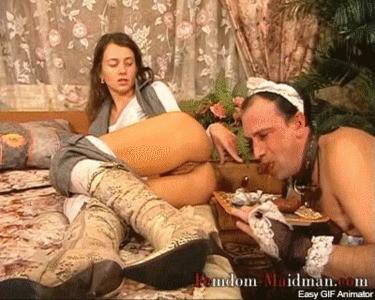 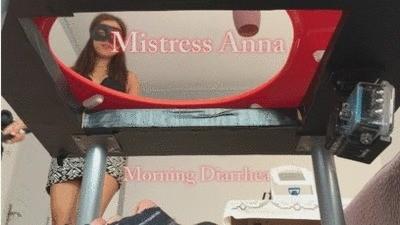 The view of my perfect ass is breathtaking. This time I give it a little surpriseSurprise! Diarrhea! The slave tries to let it slides down its mouth but much of it ends up piled on its face.I was so amused at the spectacle that you get to hear my musical laughter as I look back down at the slave. The slave is so pathetic I make a sound that could almost be interpreted as sympathy. And as if my fragrant, semi-liquid offering was not enough to beautify its face, I even add my spit.