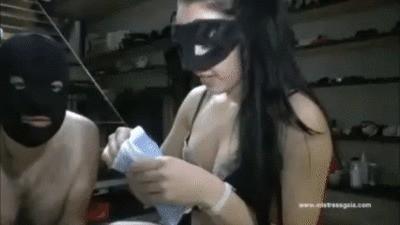 WARNING: this movie is one of the most extreme I’ve ever shot. I order my slave to swallow a real piece of crap made of chewed food, saliva, shit, piss, spits, all blended to form a pulp by the indefinable color and foul-smelling. But mine is a very good and obedient slave: he is a perfect toilet, so he never has any difficulty in swallowing whatever I give him to eat or drink. What a crap! Bleeehhhh ….. 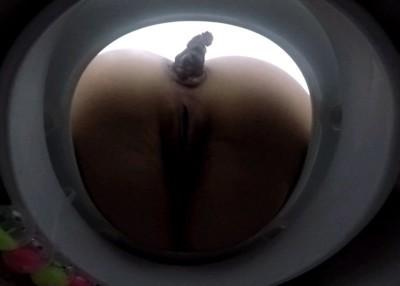 I bought an Action Camera and try it with you. I put the camera in the toilet and shit you really cool in your face

New!after A Couple Of Days, Jessica And Mia Met Again 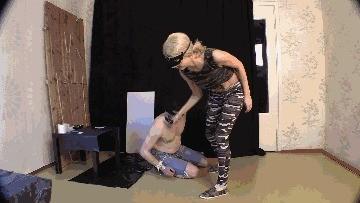 1.Mia spent this night at the club, where she met Jessica. Mia easily found a common language with this beautiful girl. Mia told Jessica that she had a slave to be used instead of a toilet, and she pissed and shit into his mouth. Jessica confessed to Mia that she dreamt of her own slave, whom she would torment, beat and humiliate. Jessica certainly did not believe Mia that she had a slave, but Mia offered her to come home and use the hungry slave. She agreed with a smile, and friends went to the Mias house. Jessica noticed the slave, was very surprised and at the same time was delighted and immediately asked Mia to take this toy for a day. Jessica told that she dreamt to wake up every morning and instead of morning gymnastics just to beat the man and shit in his mouth. Mia said that she needed to think. And until then she can shit into the slaves mouth. And Jessica did. Mia, of course, also delivered a whole bunch of delicious chocolate into the slaves mouth. Jessica told the slave that next time she would not only place shit into his mouth, but also brutally beat him. She would also invite girlfriends to feed him with shit. To be continued …2.First, they had a nice breakfast to prepare delicious shit for the slaves dinner. Jessica was awake the whole night and only dreamed of meeting again with Mia’s slave to beat him properly, letting off steam and shitting in his mouth. Its such a great pleasure for Jessica. Jessica told Mia how she would beat him, told about her secret desires, and Mia agreed with this, because both of these young girls loved when at their feet was stretched a slave with mouth full of chocolate. Jessica came to visit Mia and her slave and was completely ready. She was in despair waiting after it. Jessica tied the poor guy and began to beat him, getting great pleasure. And then filled his mouth with shit, she also filled him with saliva, she wanted to humiliate the guy much more. She believes that the place for the guys is just at the feet of the girls.