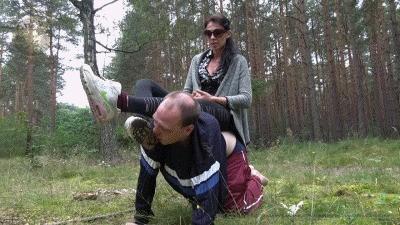 Miss Jane takes a long walk, accompanied by her own slaves who would do anything for her. Today she tests his concession, he can lick her dirty Nike Air Max shoes while she sits comfortably on his back. Then she changes position and sits directly on his face. Below follows a wank instructions, under her announcements the slave must rub his limb, sometimes faster, sometimes slower as she says. He’s still fighting for air because she’s still sitting on his skull. After the slave has squirted his sperm he has to lick it from his hand and gets another surprise. His mistress shits directly on his belly where the rest of the cum sticks and then orders him to stuff everything in his mouth and swallow everything down. Trembling and under strangling he obeys and shows how much he has fallen for his mistress. 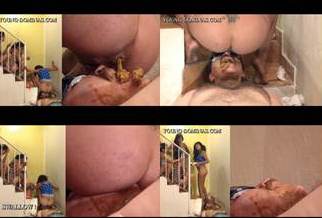 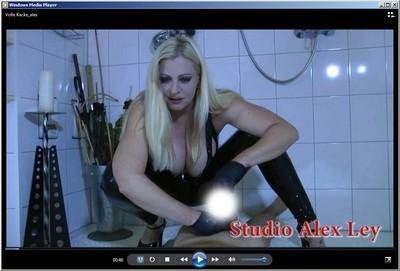 Domina with toilet slave. Very stimulating successively to enjoy the different flavors and notes for the slaves. These flushed with NS. Wonderful!

Two Sluts On The Men’s Toilet In A Pub! 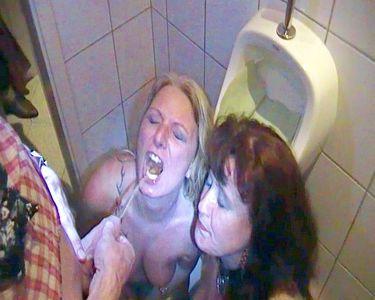