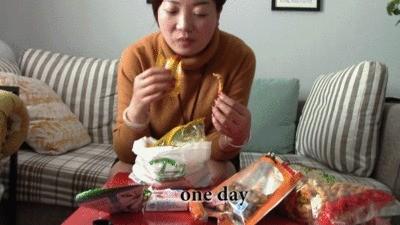 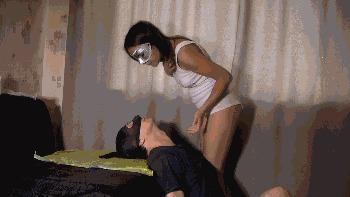 1. Great video!Princess Mia and Toilet SlaveryFacesitting,Kiss Ass,Scat, Smearing, Toilet Slavery2. Great video!Mia Scat DominationThe girl feeds her dog with her delicious shit. She places him on his knees, ties his hands; she lies on a table in front of him and undresses opening her vagina and ass. First, she makes him lick between her legs. She groans and smiles, getting nice feelings because of his humiliation. Then she shits into his mouth, makes him chew and eat shit. She pisses on his face and laughs. Then she stands up and smears shit on his face, she laughs while the slave gasps, mumbles and vomits.3. Shit,vomiting,facesitting,enema,humiliation lick ass,smearingPrincess Mia enticed her friend into the room, tied his hands and feet with a rope so that he did not dare even to jerk. The pervert lies and begs to be released, but he does not know yet that he will like it. A girl shits onto theworm’s face, his mouth, laughs at him, while the most delicious and best shit comes out of her sweet ass! Then she wipes herself, drops to all fours and makes herself an enema to further humiliate this bastard, and then she gets up on the chair and splashes out on his face and laughs until the last drop comes out of her hole. Then Mia takes the camera, sits with a huge booty on her shit and his face, strangles with her ass, laughs, humiliates the worm, and smears once again all over his face with the foot, while the slave coughs and gasps.4.Lick Ass,Humiliation,Scat,Piss,Shit,SmearingToday Princess Mia was very upset. But she knows how to cheer herself up. The obedient slave, as usual, sits on the chain all day and waits only for his Mistress. He can not help it. His destiny is submission and humiliation. Mistress decided to relax with her toy. She just came from a party and she had a lot of tasty food inside for a slave. And now she will treat him. Mia began to shit directly into the mouth of a slave, pressed him with a belt to her ass and did not allow to resist. The slave is completely naked and trembling, he is afraid and at the same time he loves his Mistress. Mia fed her slave with the best, sweetest, tasty shit, and the insignificant slave tolerated everything and tried to eat it. Then she began to goof on him, laugh, smear all over his face and spit into his face.

Nympho Is Waiting For You At The Toilet! 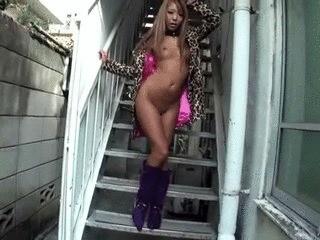 On your next trip to the public toilet, make sure to watch out for this nympho! This tanned vixen spreads her legs and pees wide open to lure you inside! Once you’re in there, she will shamelessly lick the toilet bowl while you watch! She will bend over and let you fuck her in the ass or pussy! You can also hard fuck her face, no problem! 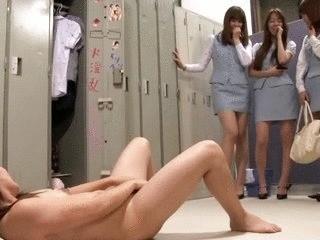 Part 1 – Boss has favorite at the office and it’s the new girl, maybe because she’s prettier than the other girls but she is flirting with him! This displeases the other office girls who are aiming for pay rise! After office hours they ganged up on her in the locker room. They mocked her and demanded her to take her clothes off and then one by one they injected themselves enema and squirted liquid shit out of their asses in her bag and all her stuff that they took out of her locker! By this time, bosses have heard the noise at the ladies locker room. So they went to check it out, only to find their favorite girl is lying on the floor crying and naked.. not only that but she stinks of shit too which made them run away and ordered her to clean herself and get out of the office! Looks like she’ll be finding a new job!