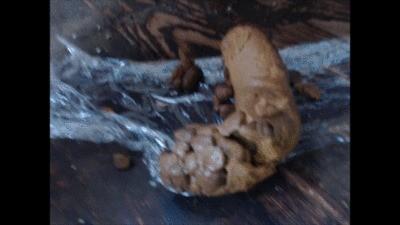 Toilet slaves, this one is for you, my stomach had been hurting for a few hours at work and i couldnt go to the bathroom once i came home i turned on my cam and opened my legs one up high and let it outsmall turds came out then once last rumble of my stomach a long fat turd comes out and i ask your pathetic self if ur ready for it ….it flows out all thick but creamy at the same timethen i keep pooping ughhh …. at the end i show a close up of how fat it is, i roll it up in a clear wrap and smell it mmmm it smells so nasty but so Fucking good at the same time.then i tease you since my poop is probably bigger than ur cock you have haha 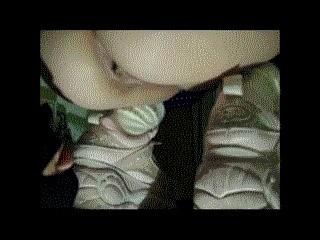 That long was so big he hand to catch it

Our store is called ItalScat – the name speaks for itself – but people who work on this stuff quite often adore all toilet games, pissing included. So, this is the second of four clips of pee drinking that we propose (with different mistresses and various slaves). As the Wise man says, natural remedies are always the best. They are usually more effective and safer. What to do when your nose is blocked up? Many people recommend doing warm steam inhalations: you have to put the water to boil, then pour it into a bowl, adding a small vial containing chemical essences which can be potentially awful for our health. In this video, on the contrary, I try to unblock my nose with the help of my dear friend Alessia (and, especially, with the ammonia of her pee). What is more natural than sniffing the warm piss of a young and beautiful female friend? So, I asked Alessia to piss in a bucket. Then I poured her hot nectar into a cup and after having provided an improvised blanket (held by the same loving Alessia) I started to inhale deeply bitter fumes coming from the basin. After two minutes of strong inhalation, I wondered if I would have had the guts to eat cookies soaked in the piss, and drink all the yellow liquid of the bowl. I thought it was a simple thing, but as you will see in the dramatic final sequence, it was terribly hard: I almost puked!