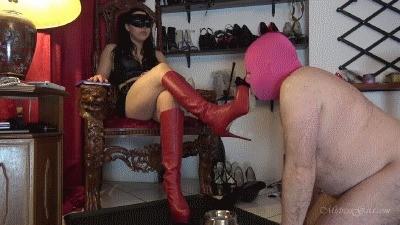 Today I have a new slut that wants to be my scat toilet slave. I’m going to instruct him in the behavior expected from a toilet slave. One of the first things he must learn is obedience. So with him on his knees kneeling in front of me, I order him to lick my boots. I want to see his tongue working and making sure he cleans them properly. I then get him to lick and suck my stiletto heels, they may be used to discipline him later. He’s doing not too badly for a learner, and as I push his face into my beautiful ass, I allow him the luxury of smelling the aroma of my farts. I then remove my panties and get him to smell them. What a lucky slut he is. I continue with his training, placing a bowl on the floor and getting him to observe my relieving myself. As he looks on I’m sure he is very keen to enjoy his next snack. I hand him the bowl, and tell him to hold it close to his face and smell the aroma of my delicious shit. However, he must not eat any of it just yet. As a reward for his good progress, I allow him to play with his cock. At the same time, he is holding the bowl near his mouth with his other hand and thinking about licking his first taste of my shit. As I show him my pussy, my slut cums in his hand. I tell him to keep hold of his mess, and go and clean himself. Then he will return and finish his first bowl of scat… 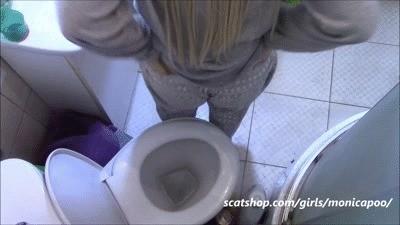 In the morning, sleepy, I go to the toilet for pee and number one. After yesterday’s dinner, my log is big and my ass is making loud splash. Bye my sweet shit 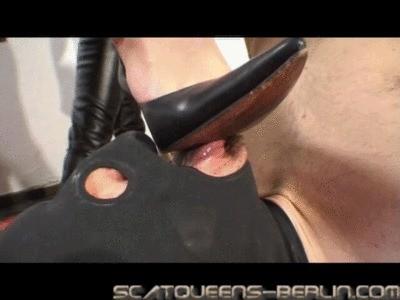 Lady Christina, Lady Catherine and Mistress Michelle have tied the toilet slave pig and have fun a little with the slaves. He must lick the shoe soles and gets the snot of Ladies directly into his slaves mouth. But not only that, he is also used as a toilet slave. Without asking he get shit in his mouth, piss, spit and vomit. Bon appetit slave pig. 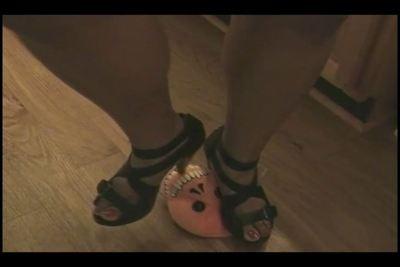 It’s that time of year … pumpkins and jack-o-lanterns everywhere. With those grins. Making me sick looking at them, so I decided to bring one home and punish it! Last year I did an enema into one, this year I figured I would stomp all over him with some of my sexy heels. After I crushed him under my heels for a while, I soaked him in my hot golden nectar … not once, not twice, but three times! I think he had enough, but just in case, I got even nastier with him, I set up my portable toilet seat over him and took one more hot piss directly on him and then I took a HUGE shit right on top of him … hot and steamy!