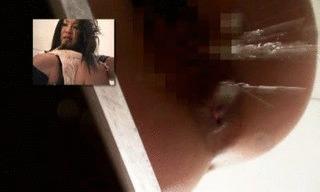 Akio the human toilet watched as the other mistresses walked by him. He was the human toilet for days now, and he exists only to receive the mistresses warm, salty, and bitter deposits. His mouth opened automatically when one of the women squatted in front of him. Her salty-smelling pussy was unwashed, and he was sure that she intended that to make him gag even more. She pushed and a little pip escaped her anus. The fart smelled acidic and was wet on his face. The thick yellow piss began pouring out of the mistress, splashing the human toilets face. The piss was warm as can be, and tasted almost salty on his tongue. Akio kept his eyes closed as he opened his lips. He must be immobile, like a true toilet he didnt make a sound. He felt the warm tip of black-brown turd touch his lips stickily, and it began laying down in sausages on top of his mouth. He immediately began chewing and pulling in the turd sausages. The mistress poo smelled like fetid fish mixed with sour rice. After swallowing the turd, Akio opened his mouth and his eyes, asking for more. His tongue flicks out to clean the mistress ass, and the mistress closes her eyes in pleasure.

Detailed Show Of My Shit 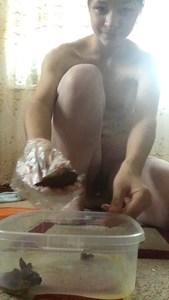 As always, I make a big pile of shit. But I want you to be able to consider this wonderful pile in more detail! Look carefully – that was a cutlet, and it was spaghetti and a salad!)) 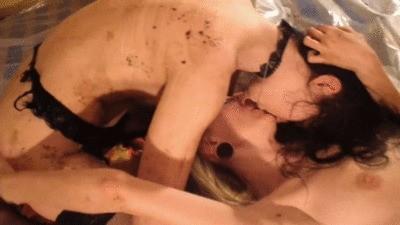