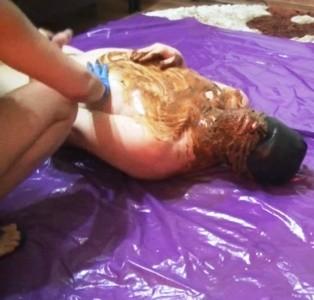 Today you have another combined movie. In the first part, toilet slave was instructed by Mistress Roberta and Victoria to cumm 2 times, as usually, then he will be feeded by Mistress Roberta. After he will go home, he must cumm again, for Goddesses dirty pleasures. Today Mistress Roberta need to have her slippery worshipped because she want to go to the Sea Side and she will use his mouth for a nice licking and cleaning.He must smell, lick, clean her slippery and then he will be feeded by a huge Diarrhea ! Mistress Roberta piss on his body then she expulse a long Diarrhea on his throat and face. He was waiting for him to chew it and swallow it while she allow him to cumm with her diarrhea on his cock. Because slave cannot cumm at request, he must go home and cumm again for his Mistress ! From July, new movies with Mistress Margo, Scat Goddess, Mistress Anita and Mistress Luna, Mistress Andreea……..Romanian scat Godddesses are the best and you know that… 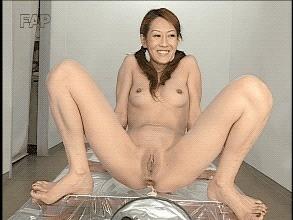 A Cup Of Champagne 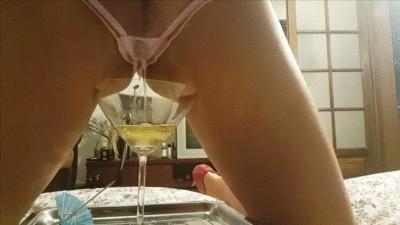 A cup of champagne right from Mistress Antonellas beautiful pussy. 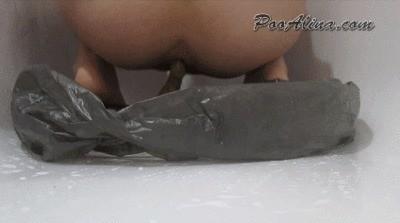