Male Employee Ravaged By Female Coworkers! He Has To Drink Piss! – Part 3 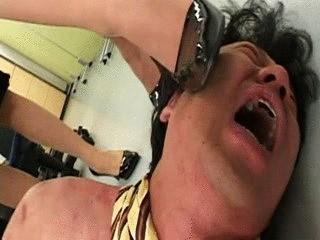 Eventually, a bowl half-filled with food is placed next to the man, but before it is served to him, the ladies take turns peeing on it! When all of them had the chance to do so, they make him eat it! He resists, so he is grabbed by the neck and has his face fully buried underneath it all! The only time he is allowed to walk away from the punishment is after the bowl is rendered spotlessly clean!

4 Girls Throwing Eggs At The Target 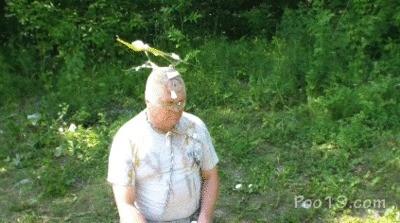 4 Girls throwing eggs at the target. The girls drank beer, ate and began to entertain. At their disposal were 60 eggs, which they threw in the face of a slave. Amina smashed the largest number of eggs on the slave’s head. Girls were happy and laughed, for them it was fun! After playing they washed the slave and began to feed. 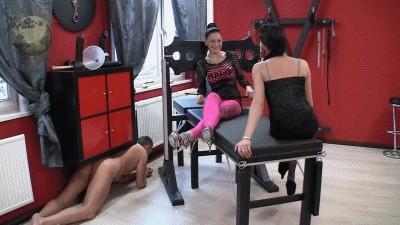 I show Miss Jane my new studio. While we talk, we harass the studio slaves until Jane must defecate. So she must not run up to the toilet, she pisses without further ado into a funnel, which she has filled in a slave’s mouth. Of course he ‘d have to swallow everything good. Then Miss Jane feels easier again. 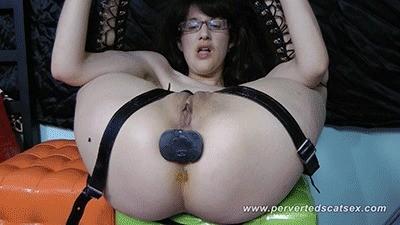 Tiffany is so nice….see her playing with a buttplug, it was dirty and tiffany licks the brown buttplug. After that she cleans her Ass with enema…