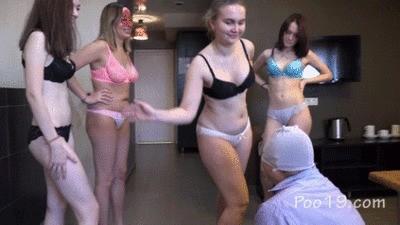 Shitting through feeding device.The girls got angry at their toilet slave. He behaved badly, did not answer their questions, allowed himself liberties. So they decided to punish him. He will eat their warm smelling shit, but he will not be allowed to see their beautiful asses. Because he will take food through the feeding device. In addition, he will not know whose shit he eats. Because he will eat from one pile, after every girl does a crap. The girls like this feeding device. They were glad that they did not see slave’s face. They could really relax and crap! Female urine and shit, everything that came out of the girls, got into the slave’s mouth through feeding device! 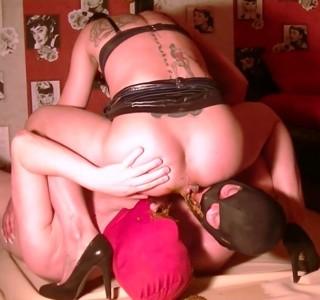 Our perfect scat Goddess, Mistress Anita, made in the last 4 years many movies, almost 300-400 only with her and her slaves. Today, as a tribute to the Mistress, we will do some compilations only with the parts where Goddess Anita has humiliated the slave, making him eat her shit, chew her shit and swallow her shit. Many many movies with her perfect Diarrhea also. Only scat, only shit after shit, ASHTRAY, CUMMING, shitting in hosiery, shitting in panty, a great compilation. Part 5. In each compilation we put more than 10-20 parts from her movies, and in which of them you will find different movies with her from the past(last 4 years). 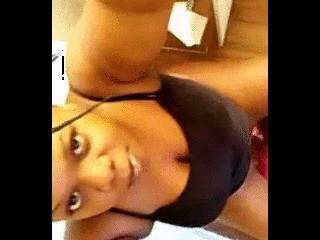